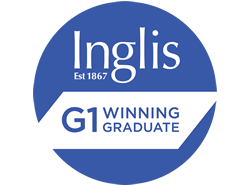 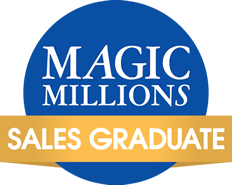 At Flemington in Melbourne, Arrowfield Stud's incumbent Champion Australian Sire Snitzel (Redoute's Choice-Snippets' Lass, by Snippets) celebrated an elite race success when 5YO bay gelding Redzel (Snitzel-Millrich, by Rubiton) capped a stellar spring campaign when leading throughout for a brilliant win in the $1 million Gr1 Darley Classic (1200m) for 3YO+, defeating Terravista & Impending. Redzel improved his record to 11 wins (including The Everest, Gr1 Doomben 10,000, Gr2 Shorts, Gr3 Concorde Stakes, Gr3 Hall Mark Stakes, Gr3 Heath Stakes & Listed Fireball Stakes) and 5 placings (including the Gr1 ATC Galaxy Handicap, Gr2 Shorts, Gr2 ATC Challenge Stakes & Gr3 ATC Kindergarten Stakes) from 21 starts for $7,797,750 in earnings. Co-trainer Peter Snowden said Redzel's victory proved once and for all that he was the pre-eminent sprinter in Australia. "I thought he did that [proved he was Australia's best sprinter] in The Everest but the hype around him said that he needed to do it again and that's what this guy keeps doing; he keeps proving the doubters wrong and keeps getting it done via professional performances," Snowden told racing.com. "It was another dominant win." Redzel, who is out of Gr3 Sweet Embrace Stakes winner & Golden Slipper placegetter Millrich, was a $120,000 purchase by Triple Crown Syndications at the 2014 Magic Millions Gold Coast Yearling Sale from the draft of Marquee Stud. He was originally sold for $45,000 at the 2013 Inglis Australian Bloodstock Select Weanling Sale.