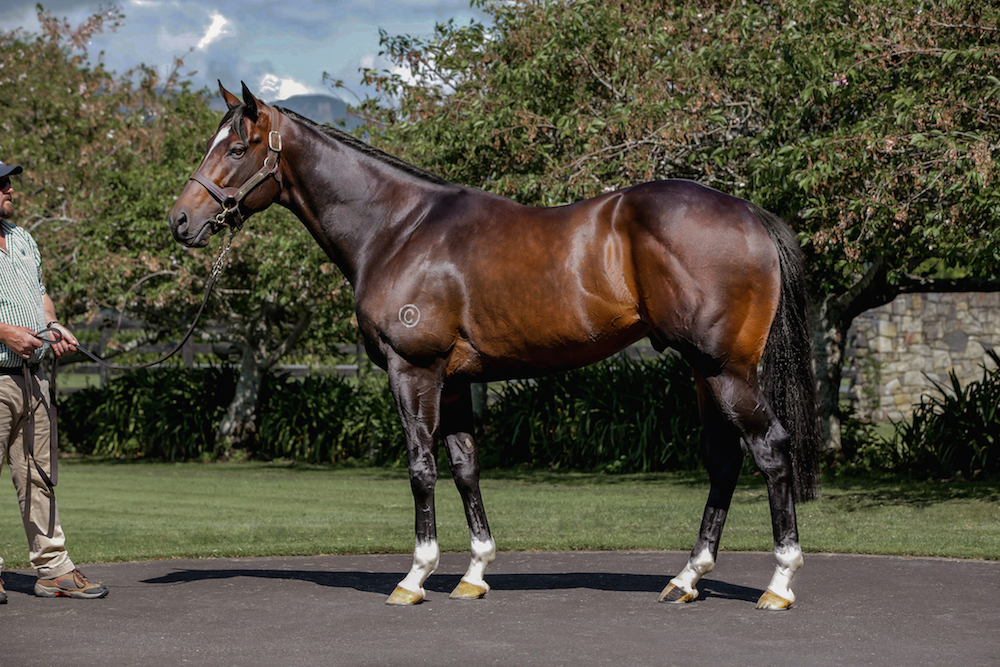 Once stars on the racetrack, Karaka 2020 will feature an outstanding selection of first season sires embarking careers at Stud.

Belardo is sire to 26 yearlings in next year’s Sale. Lot 60 is a half-brother to London Line (Blackfriars) a Listed winner in Hong Kong. Lot 476 out of Group One winning-mare Boundless (NZ) (Van Nistelrooy), is a half-sibling to stakes winner Richie McHorse (NZ) (Redoute’s Choice). Lot 737 is another half-brother to previous Karaka Million winner Hardline (NZ) (Showcasing).

Preferment is by the legendary Zabeel (NZ) an outstanding sire of sires – headed by the current champion kiwi stallion Savabeel. Preferment won the Group One Victoria Derby (2500m) as a three-year-old, and he was voted champion stayer in Australia following a four-year-old season that featured Group One victories in the Turnbull Stakes (2000m), Australian Cup (2000m) and BMW (2400m).

Standing at Westbury Stud, Tarzino is by multiple Group One winner and proven sire Tavistock (NZ). Tarzino won four races including the Group one Victoria Derby (2500m) and Rosehill Guineas (2000m). He was voted champion three-year-old in Australia in 2015-16, beating highly rated young stallions such as Exosphere (Lonhro), Spill the Beans (Snitzel) and Press Statement (Hinchinbrook).

Tarzino is the sire to 36 quality yearlings offered at Karaka 2020. Lot 47 is closely related to multiple Group One winner Lotteria (Redoute’s Choice) while Lots 39 and 205 are half-siblings to stakes winners respectively.

Tivaci is the latest addition to the stallion roster at Waikato Stud by sire of sires High Chaparral. From 21 career starts, Tivaci won six including the Group One All-Aged Stakes (1400m) in Sydney. He is the only son of High Chaparral to win a Group One race at a distance shorter than 1600m.

Standing at Windsor Park Stud, Turn Me Loose is the only son of top sire Iffraaj at stud in New Zealand. Winner of the Group One New Zealand 2000 Guineas (1600m) as a three-year-old, Turn Me Loose later proved himself against Australia’s best with brilliant Group One victories in the Emirates Stakes (1600m) and Futurity Stakes (1400m). He was New Zealand’s champion sprinter and middle-distance horse in 2015-16.

Vadamos is by Monsun, the sire of three individual Melbourne Cup winners in the past six seasons. Standing at Rich Hill Stud, Vadamos won eight races including the Group One Prix du Moulin (1600m), two Group Two races and a Group Three. He placed in the Group One Prix Jacques le Marois (1600m) and was fourth in the Group One Cox Plate (2040m) and Emirates Stakes (2000m).

There are 46 progeny of Vadamos catalogued in Books 1, 2 and 3. Lot 599 is a half-brother to Group Three winner Manolo Blahniq (NZ) (Jimmy Choux) and Lot 106 is a half-relation of Chambord (NZ) (Zabeel), a Listed race winner and Group One placegetter. Lot 186 is a half-sibling to Listed winners Super Jockey (NZ) (Sandtrap) and Single Currency (NZ) (Bachelor Duke).

Other noteworthy first season sires standing in New Zealand include Puccini (NZ) by Encosta de Lago. Standing at Mapperley Stud, Puccini was New Zealand’s Champion Three-Year-Old in 2013-14, winning four stakes races including the Group One New Zealand Derby (2400m). He returned as a four-year-old to win the Group One Thorndon Mile (1600m).

Standing at Highview Stud, Wrote (High Chaparral) has made an exciting start to his stud career in the northern hemisphere, siring 15 winners from 30 runners in his first two crops including the stakes-placed High Providence.

Join us at Karaka in January 2020 to secure your next champion.