Star Turn arrived with a bang when his first-crop yearlings averaged over 10 times his covering fee and sold up to 25 times fee at the 2020 Gold Coast Magic Millions. He had 14 yearlings sell for six-figures in 2020 and they were targeted by our leading trainers with the Team Hawkes going to $550,000 for his top-priced colt (x Dukemore) in January.

“We have been thrilled with how Star Turn was received at the sales this year,” Vinery General Manager Peter Orton said. “The colt John Hawkes purchased on the Gold Coast is a testament to the type of horse he’s producing; they’re very forward and athletic - just like Star Turn who was also a standout yearling.”

Star Turn won in November of his juvenile season and that wasn’t surprising given his precocious pedigree. He is by Gr.1 Blue Diamond-winning Star Witness, who won 3 of his 4 juvenile starts and is from multiple Stakes-winning sprinter Golden Delicious.

Team Hawkes brought him back as a spring 3yo to defeat Golden Slipper winner Capitalist in the San Domenico Stakes Gr.3. Sent to Melbourne for the carnival, he showed another brilliant burst of acceleration to defeat older horses at weight-for-age in the Schillaci Stakes Gr.2.

He signed off with a credible third in the Gr.1 Coolmore Stud Stakes. Star Turn retired in 2017 following a three-start Autumn campaign highlighted by Group 1 WFA placings in some of Australia’s premier sprints; Lightning Stakes, Newmarket Hcp and William Reid Stakes.

An excellent outcross option, he has received phenomenal support from breeders, with full books in his first three seasons at stud.

Vinery Bloodstock Manager Adam White said he’s repeatedly getting positive feedback from breakers, pre-trainers and trainers saying that his stock will definitely go early.  “I guess they say that about nearly all the new sires,” White said. “But it’s justified with Star Turn.”

Bloodstock agent Bevan Smith is one such supporter. “We couldn’t be more impressed with our Star Turn – Spoleto colt. He’s highly intelligent, hasn’t put a foot wrong and is a horse that always wants to please. He also has a lovely, fluent stride and all his riders comment that he has a nice action and gives a good feel” Smith said.

Besides his expensive colt at the Gold Coast Magic Millions, the Star Turns sold to $180,000 (Inglis Melbourne Premier) and $140,000 (Inglis Classic). There were also bargains like the Adelaide Magic Millions colt from Red Chilli Peppers that cost trainer Will Clarken $75,000.

“We marked this colt as the most forward yearling on the sales ground,” Clarken reported. “We’re really excited to secure him and he will be up and running in no time.” 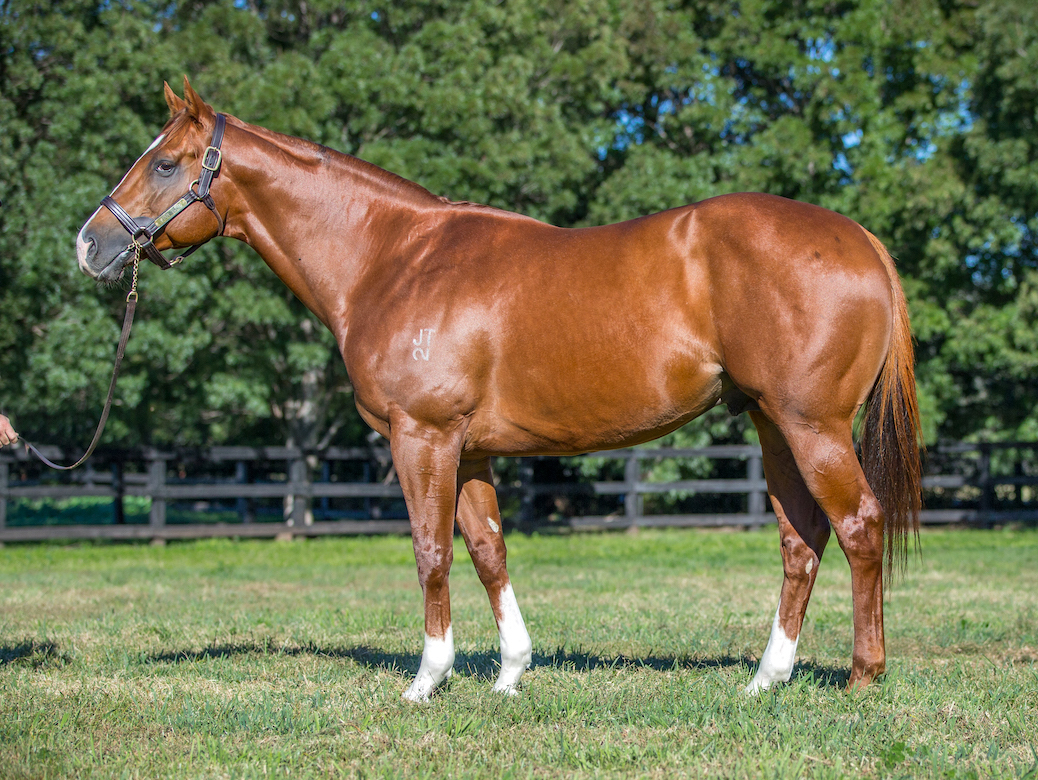