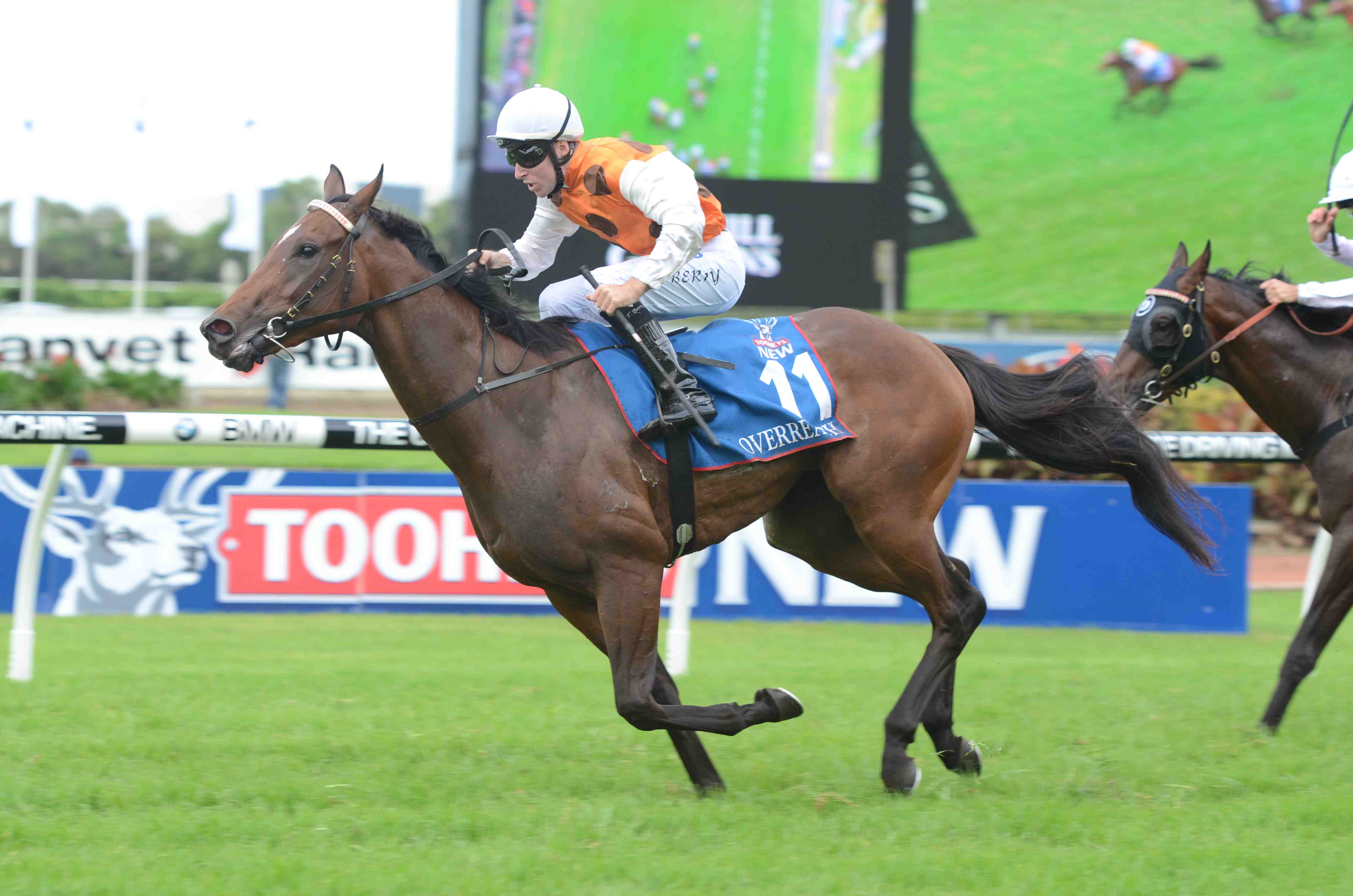 Lot 41 is bred on the same cross as Gr1 2YO Overreach (pic: Steve Hart)

First through the ring on April 9, Lot 41 is a stunning chestnut son of Champion Sire Exceed And Excel, out of the Snippets mare Hasna, herself the Champion 2YO Filly of her juvenile season achieved due to success in the Gr1 ATC Sires’ Produce Stakes and Gr1 Champagne Stakes.

The dam of six foals to race, all winners including the stakes placed Narcissus, a full-brother to this colt, Lot 41 is bred on the very success Exceed And Excel x Snippets pedigree cross that has recorded 21 winners from 25 runners led by eight stakes performers highlighted by Corumbene Stud’s very own Gr1 Golden Slipper winner Overreach.

A handful of lots later, Corumbene Stud’s second to sell is Lot 49, a colt by Arrowfield Stud’s Champion Sire Snitzel out of the Gr2 Magic Night Stakes winner Ichihara, a sister to the Listed winners Au Chocolat and Isurava, who is in turn the dam of the Gr2-winning, Gr1 placed Menari.

From the family of Gr1 Whisked and her Champion and multiple Gr1-winning son Tie The Knot, the colt is bred on a pedigree cross that has 15 winners from 17 runners led by the Gr1 Sizzling as well as a further seven stakes performers.

Lot 108, a colt by Champion Sire Redoute’s Choice is the first foal of the Gr3-winning Hussonet mare Mahara, a sister to Gr1 Oakleigh Plate winner Eagle Falls and half-sister to the Gr3 winner Fabrizio.

Bred on the same cross as multiple Gr1 winner and Champion 2YO Filly Majmu, the Redoute’s Choice x Hussonet pedigree cross has 13 runners for ten winners, of which seven are stakes performers.

With an impressive 24 stakes winners so far this season, I Am Invincible is the sire of Lot 201, the filly out of the Gr2-winning Mossman mare Pure Energy, a full-sister to the Gr2-winning, Gr1 placed Segments, while Lot 330 is another filly to be offered from the draft.

From the first crop of Street Cry’s history-making dual Gr1-winning juvenile Pride Of Dubai, the brown filly is out of Walkway. Counting Horse of the Year and multiple Gr1-winning Champion Northerly, the Gr2-winning, Gr1 placed North Boy and the Gr3 winner Northern Song as relatives, this filly is out of an Exceed And Excel mare, who as a broodmare sire has produced 61 stakes performers led by Alizee, Astern, Bounding, Prompt Response and Crown Prosecutor.

The second yearling in the draft by Snitzel, Lot 352 is a son of the American-bred, dual Gr3-winning Pulpit mare Ailalea, herself a daughter of the Listed winner Wood Sprite. Mares by Pulpit have a very good record at stud, producing over 130 stakes performers, with an impressive 75% winners to runners ratio for colts.

The final two lots to be offered by Corumbene Stud, are both fillies, and both by Coolmore Stud’s Choisir. Lot 389 is out of Brothers Dream, a Redoute’s Choice three-parts sister to the stakes placed Barsha and a half-sister to the Gr1 winner Charge Forward, from the family of South African Gr1 winner Sydney’s Dream. It is also the family of the Corumbene Stud bred and sold Southern Legend, a recent runner up in the Gr1 Hong Kong Gold Cup and who has headed to Dubai for the carnival.

Lastly, Lot 407 is out of the Lonhro mare Cloak of Night, a winning half-sister to Beatitude. The filly is bred on a pedigree cross that has recorded five winners from six runners led by this season’s Gr3 winner Twitchy Frank.

With the progeny of a broad selection of stallions on offer, Corumbene Stud’s 2019 draft offers buyers the opportunities at every level.