Worthy Cause, a powerful son of champion sire Choisir (Gr1 Royal Ascot Golden Jubilee Stakes and Gr1 VRC Lightning Stakes) commenced stud duties in 2017 after he paved his way on the track as an impressive Group winner.

A winner on debut as a 2YO over 1000m, Worthy Cause quickly stepped up to Group company as a December 3YO when third in the Gr3 Vo Rogue Plate. Worthy Cause had a stellar Brisbane carnival in his 3YO season, winning the Gr3 Gunsynd Classic, then running into a champion in the Gr3 Sunshine Coast Guineas. Winx won that, with Worthy Cause fighting on gamely for third.

To prove his soundness, Worthy Cause came back as a 4YO and won a further two races, including a Listed race where he beat Gr1 winner and future stallion Turn Me Loose.

This is the versatility sought-after in a pedigree when selecting a top sire prospect, and Worthy Cause is certainly that. He was a top level performer on the track and now heads to the breeding barn to continue his family’s success story. 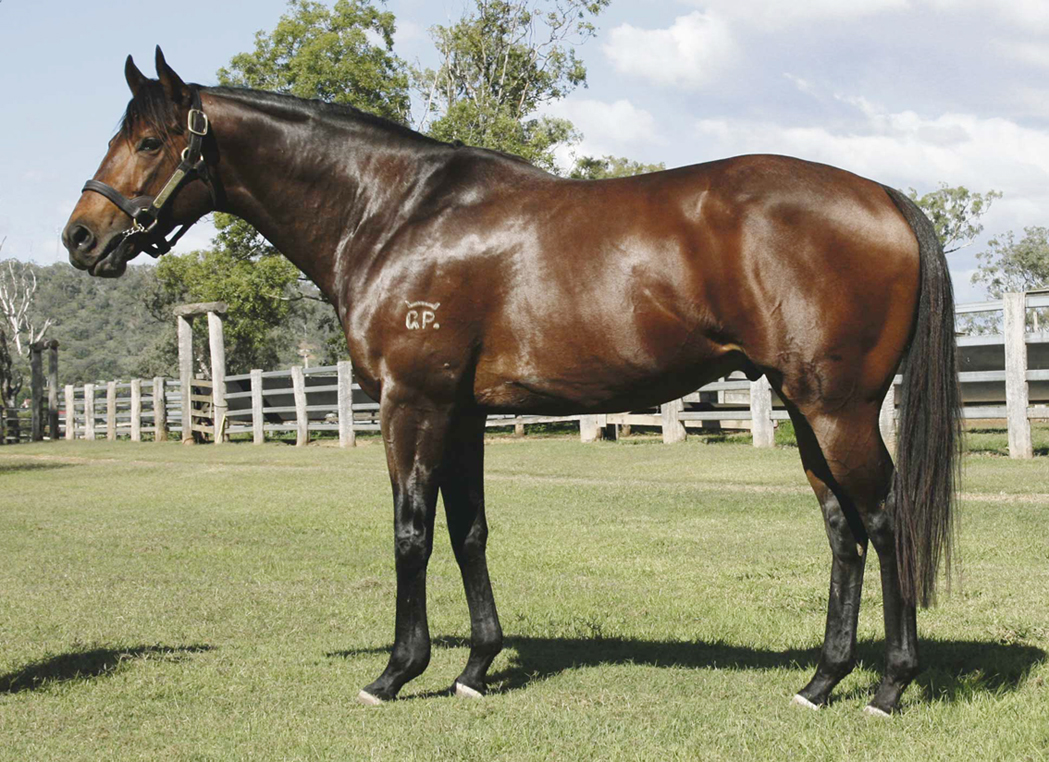 Group winner Worthy Cause is from an illustrious family
2nd Season