Under The Louvre Overview

The meteoric start to the stud career of fellow Queensland stallion Spirit of Boom, which currently has him perched second on the First Season Sire Table, has drawn sharp attention to the relative deeds of Grandview Stud entire Under The Louvre.

Why? Both won as 2YOs and both raced on, indicative of soundness and strength of temperament. Both were Gr1 winners and Gr1 placed multiple times. Both ran 2nd in the Gr1 Oakleigh Plate. Both averaged approximately $50,000 per start over careers of very similar trajectories. And of course, both put up outstanding performances over a series of Queensland Carnivals with Under The Louvre dazzling in taking the Gr1 Stradbroke Handicap in 2016.

Longevity and soundness are rare commodities in today’s stallion market. Under The Louvre is one of these rare individuals. 36 starts, 9 wins and 14 placings (64% p/s) for $1.8 million in career earnings (@$50,769 per start). From 22 starts in black type company, Under The Louvre either won or placed 15 times. And as can clearly be seen with Spirit of Boom, soundness, toughness, speed, class and importantly, acceleration are the key ingredients to producing precocious youngsters able to provide an early return on investment.

2016 Gr1 Stradbroke winner Under The Louvre showed his talent right from the start when winning on debut, then showed it was no fluke with a 2YO city win. He won another three races as a 3YO before being thrown at the best in the Gr1 Oakleigh Plate, just missing when beaten into second by Shamal Wind. Third in the Gr1 Goodwood (a race he went one better in to run second as a 5YO), before he nailed that Gr1 victory in the Stradbroke. He beat a star studded field, and many would have retired him as a Gr1 winning sprinter. But he came back at six, to prove his longevity and soundness, to pick a few more group cheques.

Under The Louvre is by Excellent Art, a Gr1 winning son of one of Europe’s best sires and most outstanding sped influences in Pivotal. Under the Louvre’s dam is an unraced half sister to group winner Master Harry, and this family boasts the juvenile stakes winners Momentaire (Widden Stakes) and Key Issue (TL Baillieu Stakes).

Now in his second season, Under The Louvre, like Spirit of Boom, suggests he will produce early going 2YOs with the scope to train on and reproduce at stakes level to a mile as 3YOs and onwards.

This promise of success saw Under The Louvre supported by a host of astute breeders in his freshman year of 2017 where he served some quality mares including Hell It's Hot, dam of Gr1 Everest bound Gr1-winning mare In Her Time.

Under The Louvre Pedigree 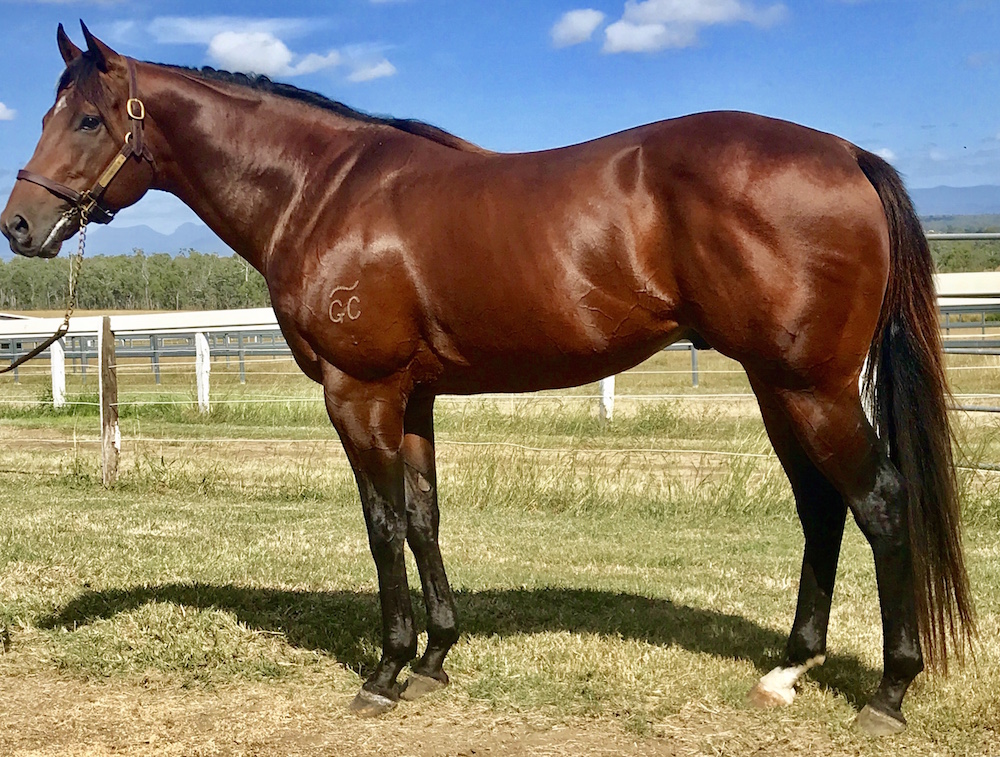