A precocious performer who became a multiple winner at two, Thronum won black type (Rosebud at Randwick) at his first start as a 3YO before a close up third – beaten a neck – by subsequent Caulfield Guineas winner, Divine Prophet in the Up And Coming Stakes.

A bold front runner, Thronum would capture the Group Two Australia Stakes earlier this year before a near second in the Group One William Reid Stakes over 1200m at Moonee Valley: beating home Group One winners Catchy, She Will Reign, Secret Agenda and co.

“Thronum was a high class performer, had brilliant speed and was tough,” his Hall of Fame trainer, David Hayes, points out. “What’s more, had the ability to lead quality fields and carve out exceptional sectional times.”

Regular jockey, Mark Zahra, was also a huge fan: “He was a treat to ride and had a big heart … once getting out in front, he was hard to run down. That Australia Stakes was a terrific run and he only just got beaten in the William Reid, after copping plenty of pressure, with some very good horses behind him.”

Aside from his athleticism and racetrack performance, Thronum has a genuine stallion’s pedigree, firstly being a son of the all conquering Snitzel whose unprecedented season includes 26 individual stakes winners of $28 million. Overall, Snitzel has produced 80 stakeswinners of $110 million, with 2018 yearlings selling up to $1.8 million.

Thronum will cover his introductory book at a fee of $17,600 inc. GST and, as with all Sun Stud stallions, there is no payment until your mare has produced a live foal. 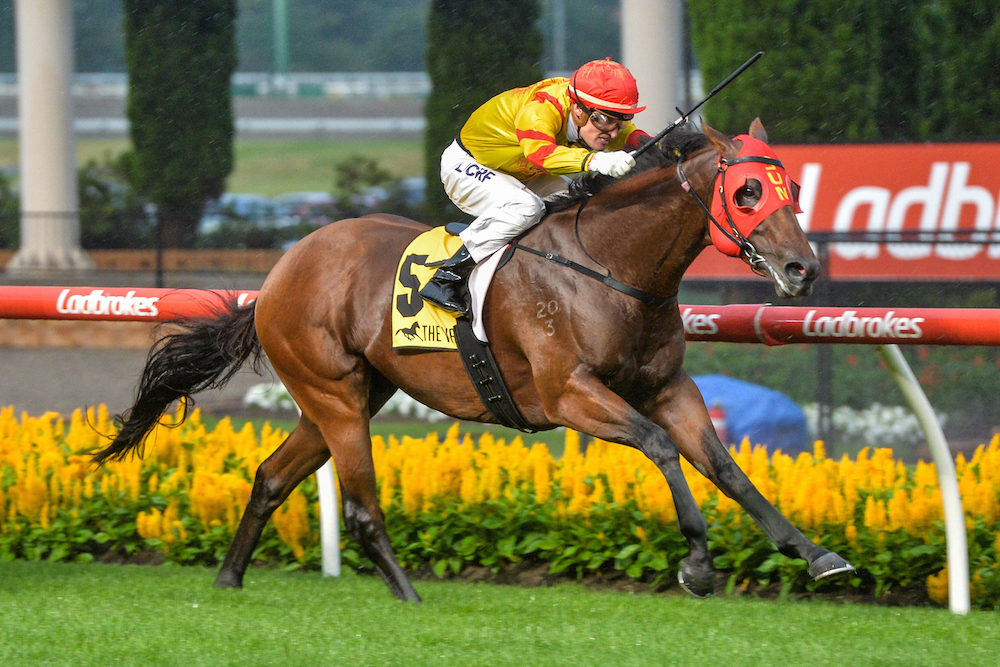