Just days after champion Zoustar mare Sunlight sold for a record $4.2 million, an outstanding colt by Widden Stud’s lamplighter has topped Day-1 of the 2020 Magic Millions National Weanling Sale at the Gold Coast. The colt, the second foal of group performed mare Miss Husson, was knocked down to Segenhoe Stud's Peter O'Brien for $410,000 after a frenzy of bids from a number of bidders. Catalogued as Lot 879, the colt was consigned by Scott Irwin's Rothwell Park Thoroughbreds and was the clear top seller during the afternoon. His dam Miss Husson won six races before being retired to stud and earned black type with a runner-up effort in the Gr3 Sunshine Coast Guineas. "I saw him at Rothwell about two months ago and I loved him then and he's just improved from then on," a delighted Peter O'Brien said. "He’s a beautiful horse by a stallion we love and we'll bring him back here next year and hopefully double it." 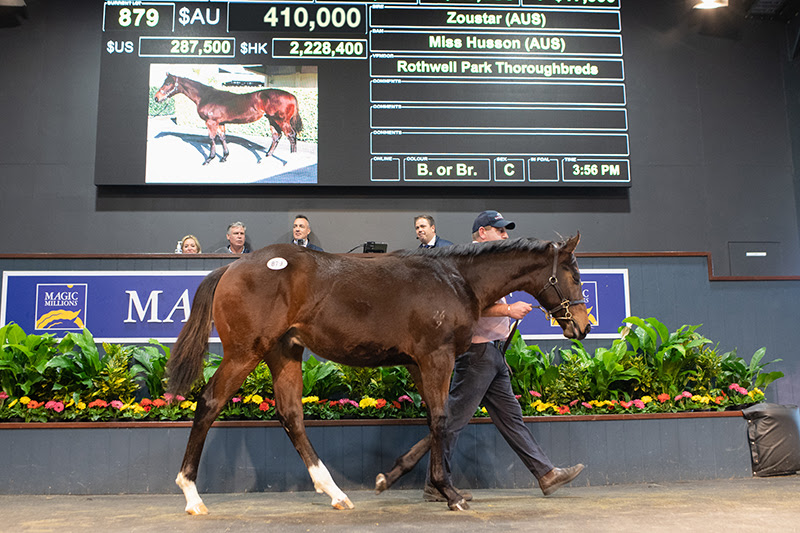