Te Awamutu horseman Clayton Chipperfield is pleased with the progress of his stable star Catalyst as he builds towards a spring campaign in Sydney. As reported by racingnews.co.nz, the son of Darci Brahma is likely to have at least one trial before crossing the Tasman and is set to have a hit-out at the Taupo trials on August 12. “He will go there and have a nice blowout and we will know where he is at from there, but he certainly feels a lot bigger under me and is a lot stronger,” Chipperfield said. The winner of six of his seven starts in New Zealand, Catalyst finished second to Alligator Blood in the Gr3 CS Hayes Stakes (1400m) in an enthralling clash at Flemington, but failed to fire when sixth in the Gr1 Australian Guineas (1600m) to the same, and was later found to have an issue that put an end to his autumn campaign. The now 4YO is showing no signs of the heat in his joints which halted his last campaign and has been eased back into work after a month on the water walker at Kendayla Park. Catalyst is likely to resume in the Gr2 The Shorts (1100m) at Randwick on September 19 and the versatile sprinter-miler could be in for a busy but potentially lucrative October with races like the Silver Eagle (1300m) the Golden Eagle (1500m) at Rosehill and, potentially, The Everest (1200m) all in the mix. 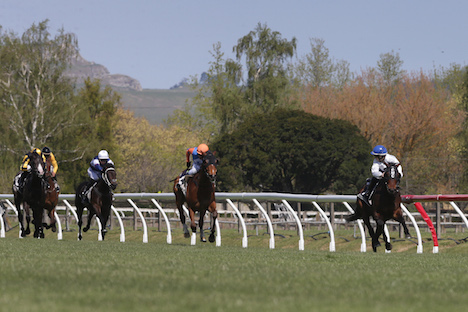