Kasey Keys will join her father Ken in a training partnership from the start of the 2020/21 season, reports racing.com. Kasey has been training on her own for the past nine years, while Ken has been at Victoria’s Cranbourne for much longer. “We've just been waiting for the right time and it seems like now is the right time,” said Kasey Jnr. “I've always had some involvement with Dad, through strapping or whatever, but when I finished high school I did nursing for a couple of years and missed the racing, so I came back. I wanted to go out on my own just to show I could get owners and do everything that is required before going into a partnership.” Kasey’s last winner as trainer on her own was with Strobe Light (Puissance de Lune-Talus, by Rock of Gibraltar) in early June, and the first runner for the new partnership is likely to be Green Ivy (Fighting Sun-Pure Ivy, by More Than Ready) at Sandown on Sunday. "She's been a big part of the team for a long time now," revealed Kasey Snr of Kasey. "She's been ready for a few years now, but had a young family that probably made things tricky, but they're a little older now. We probably could have done it 12 months ago. It's a good feeling now that we have finally done it.” 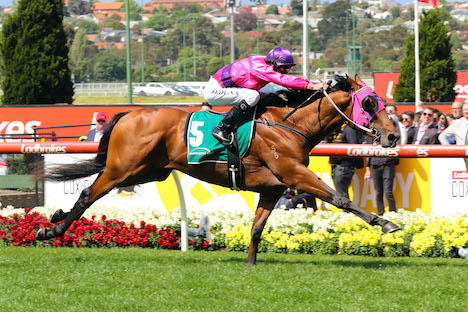