Former star galloper and exciting young broodmare Viddora has topped the final day of the National Broodmare Sale on the Gold Coast selling for $2.55 million. Bred in South Australia by the Hodgson family, she was sold through their Riva Ridge Stud draft for $40,000 to her trainer Lloyd Kennewell at the Adelaide Yearling Sale. During a career that netted multiple Group 1 wins and a runaway win in a $1 million Magic Millions Snippets, the daughter of I Am Invincible won over $2.8 million in prizemoney. Presented in foal to Santa Ana Lane and Gytrash's sire Lope de Vega in her first cover, Viddora attracted an opening bid of $1 million. Bids came from around the complex and from online bidders before Yulong and bloodstock agent James Harron went head to head in a bidding battle. When the gavel dropped, the prized purchase went to the online bid from Yulong owner Yuesheng Zhang at $2.55 million. Yulong's Bloodstock Manager Luke Wilkinson said the team was delighted to be able to buy one of the sale's top offerings. "She is likely to head to one of our stallions this year, probably Alabama Express…” 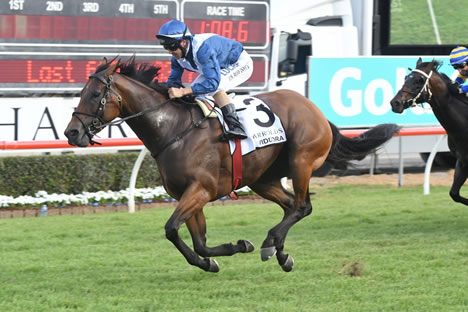