There was a record breaking night for Bloodstockauction.com on Tuesday night, with the beautifully bred daughter of Fastnet Rock, Paprena, selling for $174,070. In so doing, she has become Fastnet Rock’s highest selling maiden broodmare/filly, to be sold on a dedicated online auction site. Fastnet Rock currently sits fifth on the leading Australian Broodmare Sires List by earnings, and at age 18, he is the youngest sire in the Top 10. Paprena was highly sought after from the moment the auction catalogue opened for bidding, with Bloodstockauction.com’s office inundated with calls and enquiries from both local and international bidders. Director of Bloodstockauction.com, Anthony Gafa, was thrilled with the result, stating, “It was an intense bidding competition that had everyone on the edge of their seats, and was just one of many excellent results for the company in last night’s auction”. With so much uncertainty surrounding the COVID-19 pandemic, Gafa encouraged all owners, breeders and trainers to embrace the online auction format and unlock the power of their 15,000+ registered members in Australia, and increasing international following. Earlier this year, Bloodstockauction.com was entrusted by Arrowfield Stud to host its select online sales, which grossed more than $1 million in sales. 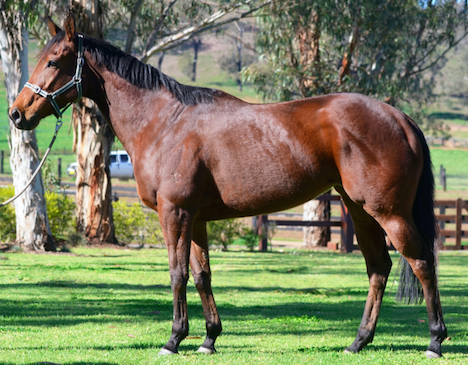