Jennifer Eccles on Song as NZB Filly of The Year

Once described as New Zealand’s best maiden, the Shaune Ritchie-trained 3YO filly Jennifer Eccles (NZ) (Rip Van Winkle) made her first appearance on the NZB Filly of the Year table after placing second in the Gr1 New Zealand 1000 Guineas (1600m) at Riccarton in November 2019. Onwards from there she was unstoppable, subsequently winning the Gr2 Eight Carat Classic (1600m), Gr2 David & Karyn Ellis Fillies’ Classic (2000m) and Gr2 Little Avondale Lowland Stakes (2100m). She outclassed her rivals again winning a Trentham classic, the $400,000 Group One Al Basti Equiworld Dubai New Zealand Oaks (2400m), which cemented her Filly of the Year Series title by a margin of 22.5 points. After an impressive crusade, Jennifer Eccles finished the series on top with a total of 44.5 points claiming this year’s title. The only other filly in the last two decades who reached 40 is Justa Tad (NZ) (Istidaad), who scored 42 in 2004-05. Jennifer Eccles was a $5,000 purchase by syndicator Adrian Clark at the 2017 National Weanling, Broodmare & Mixed Bloodstock Sale. She has now won four of her 11 starts and NZ$499,650 in stakes for the Challenge No.10 Syndicate. 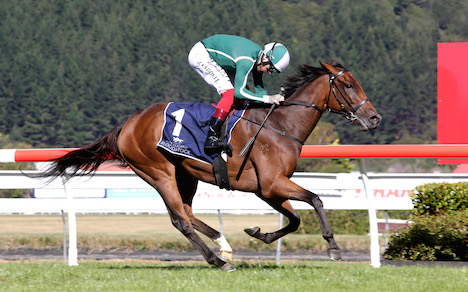