Champion mare Sunlight (Zoustar) smashed the all time Magic Millions auction record when she sold for $4.2 million on a spectacular Day 1 of the National Broodmare Sale on the Gold Coast yesterday. Coolmore Stud's Tom Magnier snapped up the Widden Stud-offered mare who was among three seven figure purchases for the Hunter Valley operation. "She is a filly of a generation and we are very lucky to have got her… there were a lot of people around the world who had their eyes on her, so to take her back to Coolmore in the Hunter Valley is exciting and she will visit Justify." Bidding started at $1 million and quickly went over $2 million before breaking through Listen Here's all-time Magic Millions record of $3.4 million. It was then she soared over the $3.85 million Southern Hemisphere record for a race filly or mare sold at public auction. Coolmore also purchased Champagne Cuddles (Not A Single Doubt) and Invincibella (I Am Invincible) for $1.3 million. 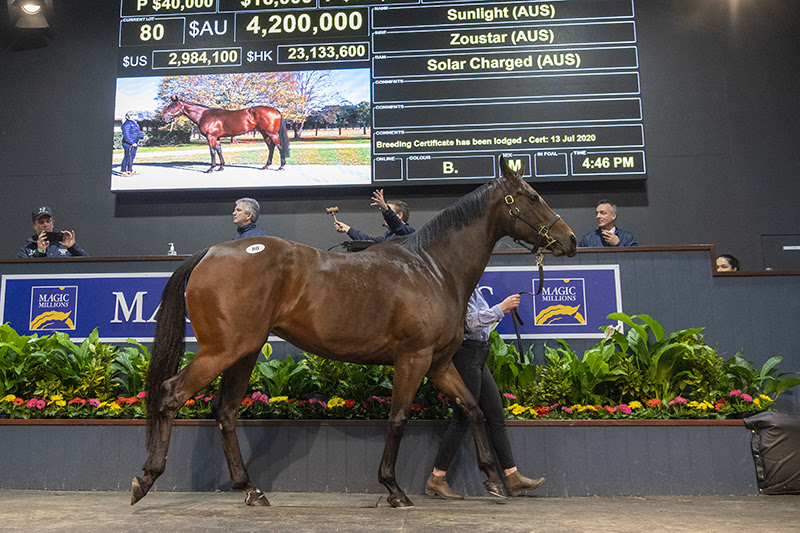