Meanwhile, a breakthrough season has ended on the perfect note for rising star Waikato Stud stallion Ocean Park, siring another impressive city winner on the final Saturday of the 2019-20 season. According to racingnews.co.nz, 3YO filly High Emocean is one of 43 individual winners in Australia this term for Ocean Park, whose runners have amassed an impressive total of A$10,095,873 throughout the season, putting him in twelth place (see above). Since the 2015-16 season, Ocean Park’s fellow Waikato Stud stallion Savabeel has had a firm grip on all of New Zealand’s sire awards – the Grosvenor Award for New Zealand-based sires by progeny earnings within New Zealand, the Dewar Award for New Zealand-based sires by progeny earnings in New Zealand and Australia, and the Centaine Award for New Zealand-based sires by total progeny earnings worldwide. But Ocean Park’s sensational season has given him a lead of almost $1 million over Savabeel on the Dewar Award standings. Ocean Park commenced his career at Waikato Stud in 2013, and the Gr1 Cox Plate (2040m) winner has now sired a total of 137 winners from 236 runners including nine black-type winners. He has had a golden year in Australia with five stakes winners, headed by Kolding in the Gr1 Epsom Handicap (1600m) and the inaugural A$7.5 million Golden Eagle (1500m), and Tofane in the Gr1 All Aged Stakes (1400m). Oceanex won the Gr2 Matriarch Stakes (2000m), Listed Port Adelaide Cup (2500m) and Listed Andrew Ramsden (2000m), Another Dollar captured the Gr3 Premier’s Cup (2200m) and Listed Gosford Cup (2000m), and Star of the Seas scored a victory in the Gr3 Maurice McCarten Handicap (1100m) between placings in the Gr1 Doncaster Handicap (1600m) and Epsom Handicap. 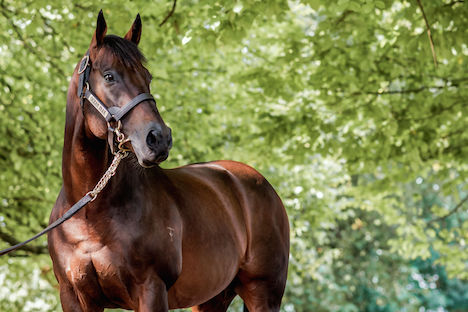 Ocean Park has had a brilliant season (pic: supplied)