Not A Single Doubtâs Lesson in Patience

There is both aptness & irony in the name of Not A Single Doubt’s latest stakes-winner (#72). Instant Celebrity who won Saturday’s $100,000 SAJC Oaklands Plate 1400m LR. The 2YO filly raised at renowned Mill Park Stud has perfectly fulfilled the promise of her name by winning her first start and then, a month later, achieving stakes-winning status for her owner-breeders Trevor & Beth Robertson and trainer Phillip Stokes. Not A Single Doubt’s rise to fame has been anything but instant. He stood his first six seasons at a fee of $12,500 +GST; first hit a six-figure yearling average with his seventhth crop; posted his first stakeswinner, Doubtful Jack, 708 days into his career; and didn’t make the top 10 on the Australian General Sires’ Premiership until his oldest runners were eight year-olds. Now he’s one of Australia’s most effective and most admired stallions, with enviable lifetime statistics: 7.8% Stakeswinners/Runners, 14 Group 1 winners, 27 juvenile stakes-winners, $128,000 Earnings/Runner and he’s been a top 10 sire in Australia every season since 2015. In 2019/20, his twelth season with runners, Not A Single Doubt has compiled 11 stakes-winners, four of them successful at Group 1 level from 1200 to 2000 metres: 2YO Farnan, 3YO Shout The Bar, 6YO Samadoubt and 7YO Scales Of Justice, who sadly died last week. Retired from stud duties earlier this year, Not A Single Doubt offers a persuasive cautionary tale against the premature judgment of any stallion – especially if he’s a highly rated juvenile in a superlative crop, by a great Champion sire, from a potent female family and backed by a major farm. 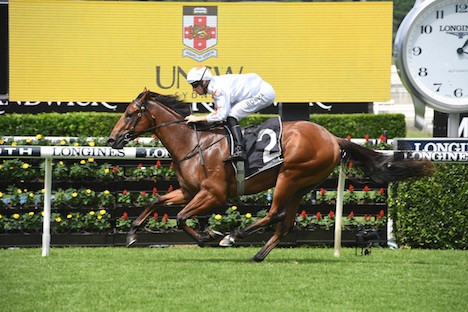