A beautifully-bred 3YO colt faces the starter for the first time today, at Wyong. Drawn barrier three in Race 3 for trainer Brad Widdup, Stark is by I Am Invincible out of Commanding Jewel, winner of the Gr1 Thousand Guineas at Caulfield. She is a half-sister to multiple champion filly Atlantic Jewel, also winner of the Thousand Guineas, as well as first in the Gr1 All Aged Stakes, Gr1 Caulfield Stakes and Gr1 Memsie Stakes and runner-up in the Gr1 Underwood. She is dam of current high class 3YO colt Russian Emperor, winner of the Gr3 Hampton Court Stakes at Royal Ascot and runner-up in the Gr3 Leopardstown Derby Trial. Commanding Jewel and Atlantic Jewel are daughters of Zabeel mare Regard whose half-sister Lady Beckworth is dam of multiple Group-winning Gr1 The Galaxy winner I Am Excited. 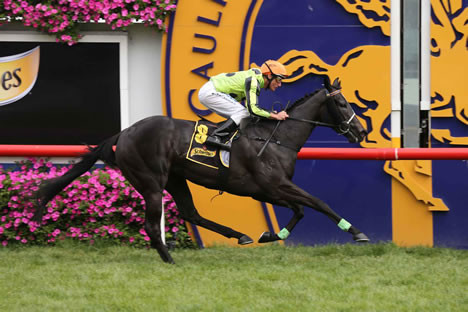