New Zealand thoroughbred breeders will congregate in the Waikato next month to celebrate their achievements at the inaugural NZTBA National Breeding Awards. The function will take place at the Don Rowlands Centre, Lake Karapio, near Cambridge on August 22, and will coincide with the annual gavelhouse.com Waikato Stallion Parade weekend. The inaugural awards will include the Breeder of the Year Award and Eight Carat Broodmare of the Year Award, previously presented at the New Zealand Thoroughbred Racing Awards. The prestigious Breeder of the Year Award will be renamed this year in honour of one of New Zealand’s most influential breeders, Cambridge Stud founders Sir Patrick and Justine Lady Hogan, with the New Zealand Thoroughbred Breeders’ Association commissioning a bronze trophy by Cambridge artist Nicola Lewis. The award winner will hold the trophy for one year and will also be presented with a miniature bronze to keep for themselves. The evening will also honour Breeders of 21 Group-1 winners this season as well as New Zealand’s three stallion awards – the Dewar, Centaine, and Grosvenor. 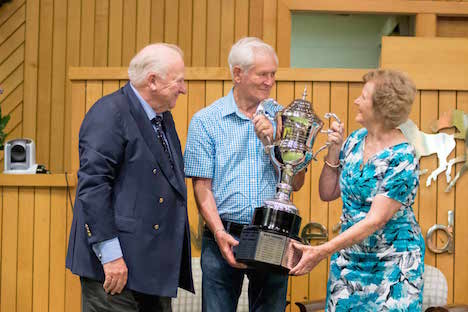