Cambridge trainer Tony Pike had a number of talented gallopers in action at the Ellerslie trials on Tuesday, including comeback galloper Sacred Elixir. According to NZ Racing Desk, the now 6YO was retired from racing in Hong Kong after a suspensory injury, with his most recent run in November 2017. Pike, who prepared the son of Pour Moi to win Brisbane’s Gr1 JJ Atkins (1600m) as a juvenile before finishing runner-up in the Gr1 VRC Derby (2500m) is delighted to have his top-class galloper back in his Cambridge stable and was encouraged by his trial, where he finished fifth under a hold. “He wants to be here and has pulled up nice and sound after the barrier trial,” Pike said. “If we can get him back anywhere near his best form he will be super competitive… If we can keep him sound and he can find his form, those weight for age 2000m races at Ellerslie would be perfect for him.” 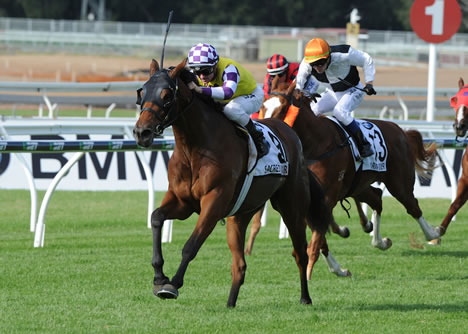