Anthony Freedman's assistant trainer Sam Freedman discussed spring plans for his stable and said his sprinting star Santa Ana Lane (Lope de Vega-Fast Fleet, by Fastnet Rock) will follow the same path as in other years. "We'll be looking to get another slot for The Everest - he went close last year and his autumn campaign was good," said Freedman. "His last run two runs were a little bit flat but he's had a good spell and we're confident that we can get him back to his best." Blue Diamond placed Hanseatic (Street Boss-Itameri, by Exceed and Excel) will be aimed at the Coolmore Stud Stakes. Freedman said, "He's up to doing some pace work and he's strengthened right up. He was a pretty well-developed 2YO but he's got size and strength now right through his neck and he seems to have grown up mentally as well. He might resume in the McEwen Stakes if he's ready and then go to the Moir second-up. It's a nice race if a 3YO can be pretty fit for and maybe catch some of those older sprinters off guard a little bit." 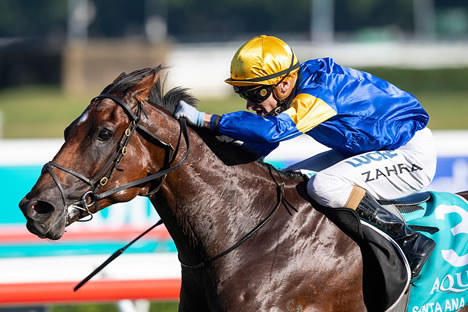