Trainer Grant Williams has been forced to take his four stable stars on a four-day road trip from Western Australia to Victoria, but he confirmed they arrived in good order, reports racing.com. The four are Gr1 Kingston Town Classic winner Arcadia Queen (Pierro-Arcadia, by Redoute's Choice), Gr1 Railway Stakes winner Regal Power (Pierro-Broadway Belle, by Redoute's Choice), Listed winner and second in the Gr1 Australian Guineas Superstorm (Sebring-Stormy Nova, by Metal Storm), and Gr2 winner Perfect Jewel (Redoute's Choice-Star Encounter, by Jeune). "They are all good," Williams said. "They got in Friday, but I haven't been able to do much with them as I got (COVID-19) tested yesterday so we're waiting on a result and they'll just have some nice quiet days settling in." Arcadia Queen and Regal Power are expected to kick off their WS Cox Plate preparations in the Gr2 PB Lawrence Stakes at Caulfield on 15 August. They are currently residing at Brent Stanley's Sutton Grange property, and Williams arrived with them. 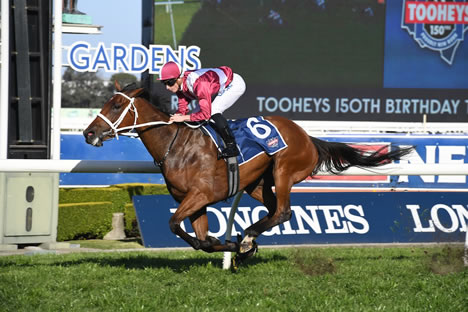