Leading international bloodstock agent Paul Moroney has struck gold once again. Three years ago Moroney selected the German-bred Galileo mare Igraine as a racing and breeding proposition for clients Trelawney Stud out of the Tattersalls December Sale, and that purchase looks to have been a masterstroke for the New Zealand breeding industry. Her success on the track led to two other New Zealand breeders purchasing half-sisters to Igraine, and all three were elated when watching their half-brother In Swoop take out the Gr1 Deutsches Derby (2400m) at Hamburg in Germany on Sunday. Moroney was instrumental in purchasing two of the three mares that now reside in New Zealand and he said he is delighted for all three owners with Sunday’s result. “It’s a very good result for the New Zealand industry,” Moroney told NZ Racing Desk, saying he believes it could prove a major new bloodline for the kiwi industry. Reflecting on his initial purchase of Igraine, Moroney said he was surprised he was able to secure the daughter of Gr1 Preis der Diana (2200m) winner Iota. “I bought Igraine for Trelawney Stud at the December Sales in 2017. She was a great buy, a Galileo mare out of an Oaks winner, and a half-sister to a German Gr1 winner already. We paid 65,000 Guineas for her…” 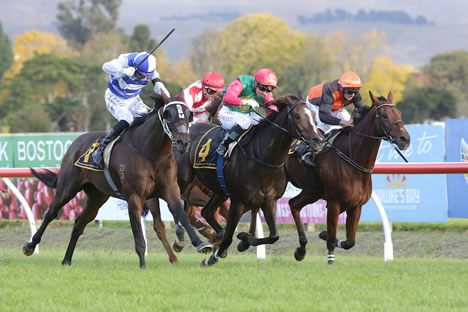