Trainer Paul Preusker has taken a patient approach with Gr1 Melbourne Cup (3200m) contender Surprise Bay this year. The New Zealand-bred gelding hasn’t been sighted on raceday since running fifth in last year’s two-mile feature and Preusker is intent on following a similar path to last spring. The son of Shocking finished fourth first-up in the Gr.2 Feehan Stakes (1600m) and then won the Gr3 The Bart Cummings (2520m) before contesting the race that stops a nation. The rising 6YO will once again kick-off his spring preparation in the Feehan Stakes on September 5 and Preusker said he is pleased with the way his stable star is tracking. “I am really happy with where he is at,” Preusker told RSN Radio. He has come back a stronger horse and is mentally quite relaxed. It’s going to be very interesting. We will go back there (Feehan Stakes) and it’s nice to kick these types off at The Valley. I am looking forward to setting him for that and hopefully we get it done.” Preusker believes Surprise Baby has improved from last spring and he is excited to have one of the leading lights for this year’s Melbourne Cup in his barn. “Mentally he has come back a lot stronger and I am well aware it’s his second staying prep and he has to do it all again,” he said. Surprise Baby was purchased as an unraced three-year-old for just $5500 from online auction platform gavelhouse.com, with owner John Fiteni sourcing the gelding sight-unseen from Rich Hill Stud, breeders of memorable 2015 Melbourne Cup winner Prince Of Penzance. 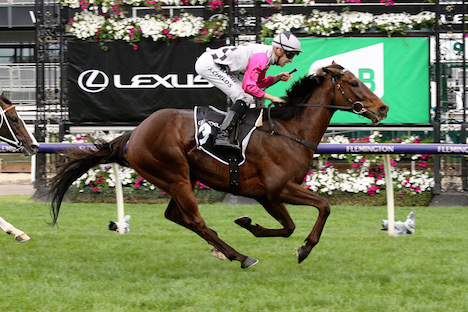