Leading Kiwi Trainer on The Marsh

Stephen Marsh has his bases covered this weekend as the only trainer in New Zealand to have runners at all three galloping meetings. According to NZ Racing Desk, the Cambridge-based trainer has two maidens engaged at Wanganui on Friday, six in action at Riccarton on Saturday and four runners accepted for the return to racing at Ellerslie on Saturday, placing him in a unique position among the country's conditioners. "Hopefully that's not the only prize we get this weekend," Marsh quipped. Currently second on the national trainers' premiership with 73 wins this season, he is pleased with the way his team is shaping after the lockdown break. Marsh produced Osaka for a good win at Te Rapa last Saturday and had Finn McCool and Loose Cannon place on the same programme. While the stable's attention will be spread around the country, Marsh was excited to return to racing at Ellerslie, where Karaka Million-placed Appellant, Darci Palmer, Ritani and Ludus have been slated to start. "I can't wait to get back racing at Ellerslie again and we've got a nice team heading there," he said. Marsh had nine horses trial at Te Aroha on Thursday but was ramping up his winter team with 38 earmarked to trial at Ellerslie next Tuesday. 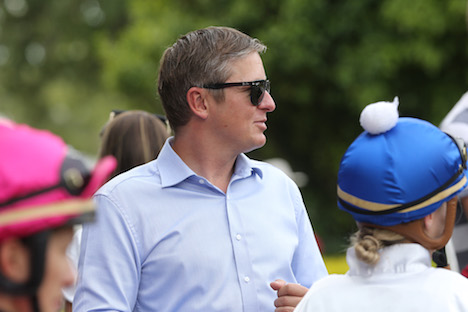