It will take a miracle for anyone to prevent Zac Purton winning his fourth Hong Kong jockey’s championship after his closest rival Joao Moreira was given a suspension on Sunday, reports scmp.com. Moreira will now only ride at one of the final three meetings, while Purton will ride at all three, and Purton currently holds a six-win advantage in the premiership. “It is obviously a good position to be in with a free kick on Wednesday so hopefully I can make the most of it,” Purton said. “It is looking pretty good for me, hopefully I can finish it off with a few more winners.” Purton won on Sunny Boy (Star Witness-Hilton Head, by Fastnet Rock) and Awe (Bated Breath-On Her Way, by Medicean), while retiring trainer John Moore picked up a treble with Sunny Boy, Awe, and So We Joy (So You Think-Soho Secret, by Lucky Owners). Purton said, “The last three seasons we have had together have been great, he (Moore) has provided me with a lot of winners, a lot of big-race winners, so it is going to be a big hole to fill when he’s gone. In Australia, I didn’t work as closely with the trainers as you do here, so being able to see how he runs his operation and being able to stand in the trainers’ stand and get his thoughts on the way he does things, it’s good. He is a different character but he is a special trainer and what he has been able to achieve here has been phenomenal.” 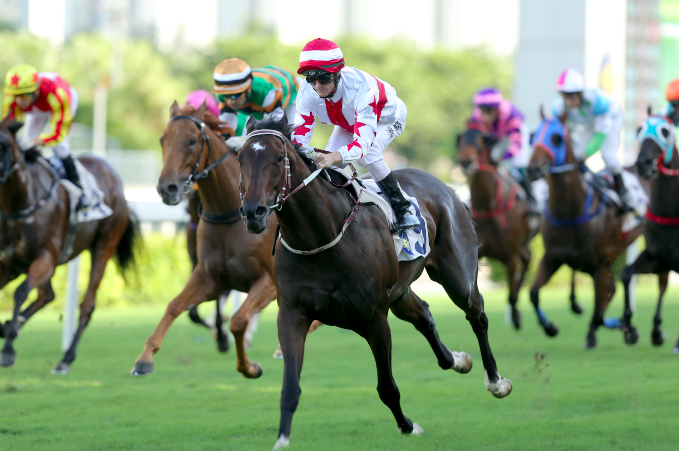