The management of Gooree Park Stud are extremely excited to announce an exciting new relationship with Aquis that will see their NSW-based bloodstock relocated to Gooree Park Stud for the upcoming breeding season. "In a very short period of time, Aquis have made great inroads into the thoroughbred breeding and racing industry, we are confident that this is the right step in the next phase of our re-introduction as a commercial entity within the industry," enthused Gooree Park Stud Manager Andrew Baddock. Gooree Park have an exceptional history of foaling, raising and racing Gr1-winning racehorses such as Desert War, Laser Hawk, Smart Missile, Your Song and many more, as well as being involved in the careers of exciting stallions Northern Meteor, Hallowed Crown and Needs Further. "Aquis are thrilled to be relocating to the historic Gooree Park Stud in Mudgee. Gooree has a long history with raising outstanding racehorses, when the opportunity presented itself, we all felt it was the right move," stated Aquis' CEO Tony "Tubba" Williams. Along with Aquis' stallions, their extensive NSW-based broodmare band and young stock will also relocate to be agisted at Gooree Park Stud for the upcoming breeding season. 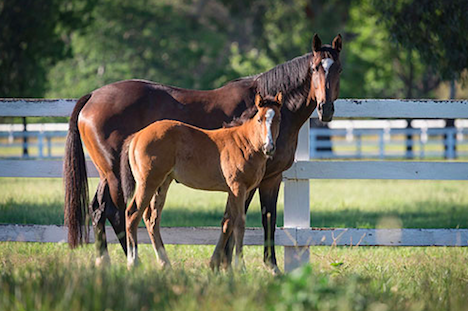