Death, Taxes & Savabeel the Only Certainties

If rival studmasters in Australia, where Snitzel appears all but certain to claim his fourth consecutive General Stallion Premiership, are finding it frustrating, spare a thought for their kiwi counterparts. In 2013 and 2014, Gr1 Cox Plate-winning Zabeel entire Savabeel filled a placing on the New Zealand General Stallion table. Since then, it’s all been one-way traffic, with the Waikato Stud monopolist taking the title in 2015, 2016, 2017, 2018 and 2019. With a month left to run during what has been a coronavirus-shortened season, Savabeel leads by half the straight. The ultra consistent heir-apparent to his sire Zabeel, who in turn inherited it from his sire Sir Tristram, Savabeel has become a contender to be added to the quip that the only two certainties in life are death and taxes. It’s also been a remarkable run of success for Waikato Stud which, prior to Savabeel’s dominance, were responsible for O’Reilly (Last Tycoon) claiming three New Zealand General Stallion premierships in a row. That’s an unbroken nine year run – quite an achievement by any standards. 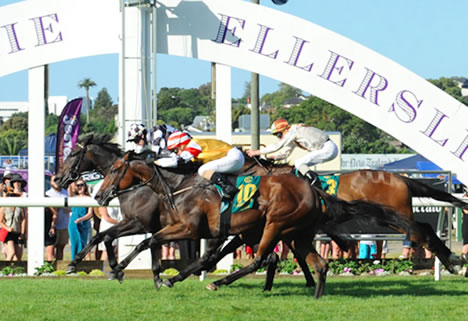 Kawi is one of 20 individual Gr1 winners by Savabeel (pic: Trish Dunell)