With an implied threat from some Victorian trainers that horses could be moved to New South Wales until their own state’s prizemoney returned to normal levels, the industry will welcome Tuesday’s announcement by Racing Victoria that minimum purse levels will be reinstated from the start of the new season on 1 August. In further good news, according to AAP, Melbourne's flagship spring races including the Melbourne Cup, Cox Plate and Caulfield Cup will retain their rich purses, and VOBIS bonuses will return to normal levels. The bad news is that 12 stakes-races during this year's Victorian spring carnival, including three Group 1s, will see prizemoney trimmed by an overall figure of $2.25 million. The trio of Gr1s comprises the Cantala Stakes and Darley Sprint Classic at Flemington, each reduced by $500,000 to $1.5 million, and the Memsie Stakes which will be worth $750,000 instead of its previous $1 million stake. 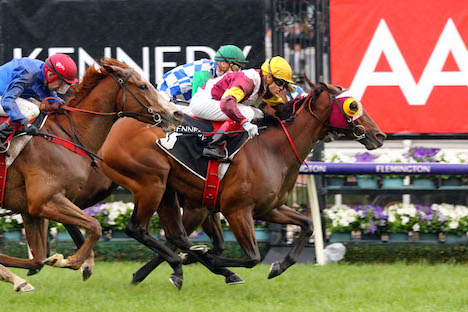