Alfa Oro Set to Go Through His Gears

New Zealand-bred gelding Alfa Oro will attempt to keep his picket fence form line intact at Caulfield on Saturday when he contests the Neds Handicap (1100m). The son of Bachelor Duke has had just the six lifetime starts after fracturing his right-fore cannon bone after his second start. After nearly two years of rehabilitation, Alfa Oro returned to the racetrack at Pakenham in April where he finished runner-up before posting three successive wins, including a last-start victory over 1100m at Flemington late last month. Trainer Matt Laurie said the gelding does get a little bit extra TLC, but he is as sound as a bell and no issues have surfaced this preparation. "It (injury) is always on your mind, but it is a fair amount of time between when that injury first occurred and now," Laurie told RSN Radio. "He gets extra special treatment, but we are very happy with his soundness." Laurie is looking forward to Alfa Oro's fresh-up run after having a month off. Alfa Oro was purchased by Laurie out of Regal Farm's 2017 New Zealand Bloodstock Ready To Run Sale of 2YOs draft for $240,000. 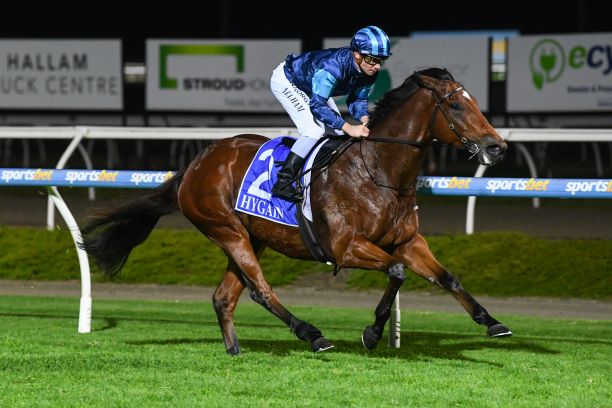