Previously a Group 1 winner in New Zealand, NZB Karaka graduate Dances With Dragon (NZ) (Savabeel) demonstrated his black-type qualities in Hong Kong on Sunday with a blistering performance in the HK$3.25 million Gr3 Premier Plate (1800m) at Sha Tin. Bought for $230,000 by Te Akau principal David Ellis at the 2015 Ready to Run Sale, the highly talented galloper won the Gr1 Levin Classic (1600m) at Trentham under his previous name of Hall of Fame. Multiple victories have followed since his relocation to Hong Kong, and on Sunday he stepped up to stakes level in spectacular style with a dominant 4.75-lengths win. Dances With Dragon has now won four of his six starts since joining the stable of Caspar Fownes earlier this year. Dances With Dragon has now had 40 starts for 11 wins, with six of those victories coming in Hong Kong. He has earned HK$9.1 million in stakes, which is the equivalent of NZ$1.84 million – eight times his purchase price. The 2020 Ready to Run Sale will be held at Karaka on November 18 and 19. 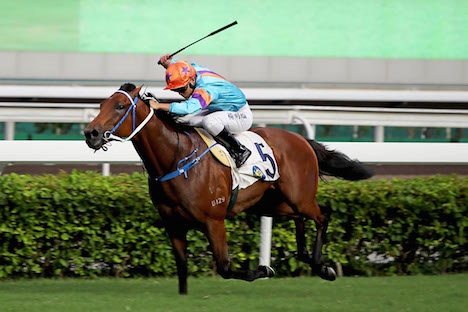