Chris Waller-trained Funstar has opened $8 ‘Pre Nominations’ favourite at TAB for the TAB Epsom Handicap at Royal Randwick on October 3. On last year’s card, Funstar established herself as a star of the future by winning the Gr1 Flight Stakes over 1600 metres. The daughter of Adelaide was victorious in the Gr2 Phar Lap Stakes at Rosehill Gardens last March before finishing fourth in the Gr1 Vinery Stud Stakes at Rosehill and second to Con Te Partiro in the Gr1 Coolmore Legacy Stakes at Randwick during The Championships. Jamie Richards-trained Probabeel – one of Funstar’s arch-rivals in the last 12 months – is one of three gallopers at $11. Australian Guineas victor Alligator Blood and 10-time Group 1 winner Melody Belle are also $11 chances for the TAB Epsom Handicap. 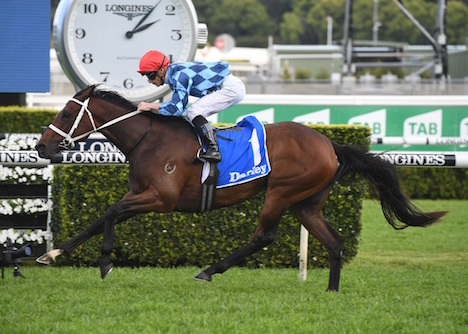