At Moonee Valley on Saturday, Crosshaven looked to have earned himself a short break after maintaining his unbeaten record with a fighting win, reports NZ Racing Desk. The Lindsay Park-trained 2YO followed an easy debut Geelong victory with success in the Sheamus Mills Bloodstock Handicap (1200m) on Saturday and sports the colours of Auckland property developer Daniel Nakhle, who bred the promising youngster. Lindsay Park co-trainer Ben Hayes said he would discuss with fellow co-trainer Tom Dabernig whether to press on to the winter series of races at Flemington or give Crosshaven a break and bring him back for some early spring options in August. An $80,000 yearling graduate of Haunui Farm’s 2019 Karaka Book 1 draft, Crosshaven was initially passed in before selling to Lindsay Park with Daniel Nakhle retaining a share. He had enjoyed previous success with the Lindsay Park team after selling a half share in Spanish Whisper, who won the Gr2 Let’s Elope Stakes (1400m) for the combination. “That began the association and we have become friends. They liked Crosshaven as a yearling and when he passed in, I had a chat with David Hayes and Mark Pilkington and they were keen to buy him so long as I stayed in for a share.” 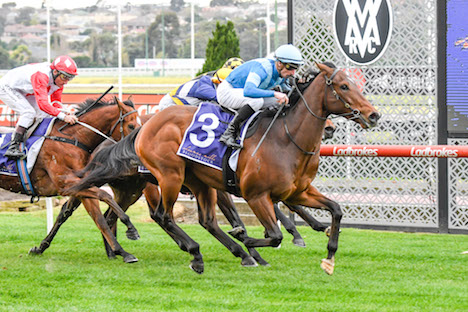