Move Along Nothing To See Here

With the nonchalance of a ‘been there, done that’ achievement, for the second time in two weeks trainer Chris Waller has celebrated an improbable double double, creating what must surely be a record. In both Brisbane’s and Sydney’s staying features on Saturday, Waller’s runners secured the trifecta, giving him the distinction of filling the first three placings in four consecutive black type distance events in a row. In Eagle Farm’s Gr3 Tattersalls Cup (2400m), Brimham Rocks, Savacool and Shraaoh were first home and, in Rosehill’s Listed Winter Cup, Wu Gok celebrated back-to-back stakes wins when rallying after being headed to win from stablemates Carzoff and Yulong Prince. It mightn’t have the same feeling as watching Winx claim another Group 1, but it was certainly another good day at the office. 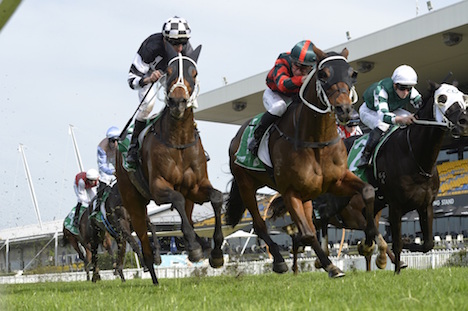