Strasbourg to Stand at Rosemont Stud

Rosemont Stud & China Horse Club have announced a joint partnership to stand Gr2-winning juvenile Strasbourg, an eye-catching individual by the great I Am Invincible. A $750,000 Inglis Easter Yearling purchase, Strasbourg was a dominant, pre-Christmas, debut winner of the annual Max Lees Classic over 900m before a fast finishing runner-up in the $500,000 Inglis Nursery. Targeted towards Queensland, Strasbourg showed a slashing turn of foot to win the Gr2 Sires Produce Stakes (1400m), a race won and used as a launching pad for superstars such as Zoustar & Melody Belle in recent years. Trainer Peter Snowden post race described Strasbourg as an elite talent who had taken the eye from an early stage, while China Horse Club’s Michae Wallace described him as physically flawless, saying he’s the best looking son of I Am Invincible they have bought to date. Descending from a page of preccocious black-type 2YOs, Strasbourg will stand for $10,000 + GST with Lifetime Breeding Rights available for $20,000 + GST. 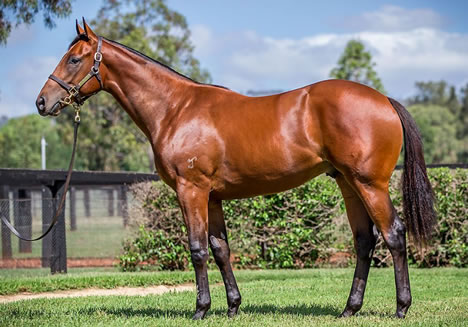