Triple Gr1 winner Humidor (Teofilo-Zalika, by Zabeel) might have finished tenth in the Belmont Stakes over 1400m, but trainer Lindsey Smith believes the performance was better than it looked, reports rwwa.com.au. Humidor will tackle the Seacorp-Hyperion Stakes over 1600m at Belmont on Saturday, and all going well, will head to the Strickland Stakes over 2000m two weeks later. "I thought it was pretty good and he got close to some nice sprinters over that distance," Smith told Tabradio. "I would hope he runs top four on Saturday and that gives him a chance to win the last one (Strickland Stakes). History showed when I used to watch him he would always lay in, but he went pretty straight the other day. Maybe his old legs are feeling ok. He got a pass mark the other day and I wouldn't imagine he would go backwards from that." Initially trained in New Zealand by Johno Benner and Hollie Wynyard, Humidor won a Gr3 race, then moved to Australia where he won the Gr1 Australian Cup, Gr1 Makybe Diva Stakes and Gr1 Memsie Stakes. A suspensory injury in 2018, after running third to Winx (Street Cry-Vegas Showgirl, by Al Akbar) in the Gr1 WS Cox Plate, kept Humidor away from the track for a year. All up, Humidor has had 40 starts for 8 wins, 7 seconds, and 5 thirds, and earnings of just over $4 million. He was withdrawn from sale as a 2YO in New Zealand. 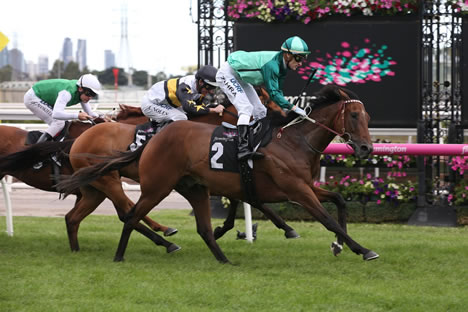