HRH Sheikh Joaan Al Thani's Al Shaqab Racing has been restructured and announced that Paul Hensey will be the new COO, reports bloodhorse.com. Hensey previously worked as CEO for Rifa Mustang Europe, and prior to that ran The Curragh Racecourse for fifteen years. Hensey said, "Al Shaqab Racing is one of the foremost Racing and Breeding operations in the world and I am delighted to be joining the company at this exciting time in its development. I look forward to meeting the extended Al Shaqab team and to working with them to achieve further success for Al Shaqab Racing." Al Shaqab Racing has bases in Qatar, France, England, the USA and Australia. Haras de Bouquetot currently stands eight stallions including the likes of Shalaa (Invincible Spirit-Ghurra, by War Chant), Toronado (High Chaparral-Wanna Doo, by Grand Slam) and Olympic Glory (Choisir-Acidanthera, by Alzao) in France, while Mehmas (Acclamation-Lucina, by Machiavellian) and Galileo Gold (Paco Boy-Galicuix, by Galileo) stand at Tally Ho Stud in Ireland, and Mshawish (Medaglia d'Oro-Thunder Bayou, by Thunder Gulch) and Khozan (Distorted Humor-Delta Princess, by AP Indy) stand in the USA. 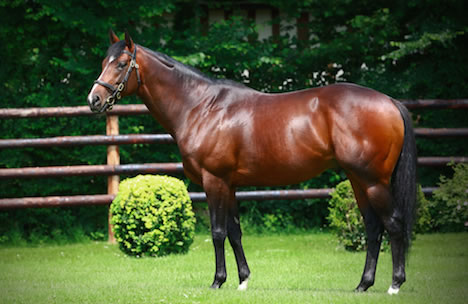