Meanwhile, China Horse Club's NZ agent Michael Wallace is looking forward to former top 3YO Madison County making his belated first appearance in the USA following an interrupted preparation. The dual Gr1 winner hasn't been seen since suffering a knee injury when finishing a gallant second behind Angel Of Truth in the Australian Derby (2400m) at Randwick back in April last year. Sent to the stable of leading turf trainer Chad Brown, Madison County had his American debut delayed after experiencing a slight setback but is now back in work and getting ready for a raceday resumption. "We took Madison County over to America and he was in his first prep when he pulled up a little bit scratchy in the same knee that he chipped when he ran second in the Australian Derby," Wallace revealed. "It wasn't anything major although we had to back off him a little, but he has been back in work for about a month now. He is getting through some slow work and I would hope that come the early part of September he would be ready to step out somewhere." 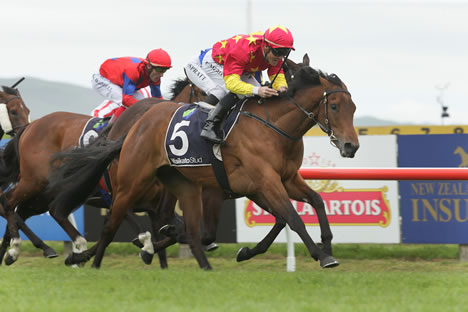