Heathcote Fired Up Over Everest Possibility

Ebullient Brisbane trainer Rob Heathcote got several doses of satisfaction courtesy of Rothfire’s don’t argue win in the Gr1 JJ Atkins (1400m) on Saturday. They included his maiden Group 1 win in his home state, his trainer’s return of decent prizemoney (although far less than what it would have been without COVID-19) and, perhaps most exciting: the prospect of what lies ahead with the son of Rothesay, particularly a shot at being picked up for an Everest slot. That’s already in play with Heathcote revealing to horseracing.com.au that he’s already in preliminary discussions with slot holder miRunners, talks that are ongoing following the sizzling win last year by then 3YO Yes Yes Yes. “ He climbed his Everest today. He needed to do that today against a really good field of two year olds,” Heathcote enthused. With one eye also on the Gr1 Coolmore Stud Stakes down Flemington’s straight six later this year, Heathcote said, “He will go to the paddock on Monday  and we will give him a nice break and will [then] set a program in concrete…" 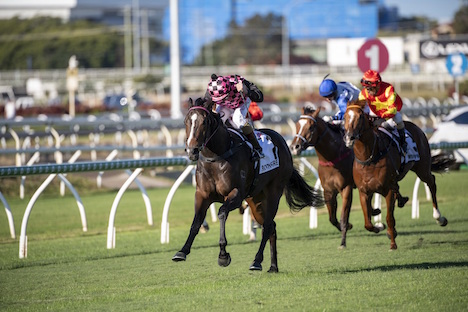