Astute pinhookers have enjoyed rich rewards with weanlings purchased through New Zealand Bloodstock in recent years, and from June 11 to 21, the National Weanling Sale on Gavelhouse Plus promises to deliver more of the same. Over the last few editions of the Karaka May Sale and its predecessor the National Weanling, Broodmare & Mixed Bloodstock Sale, there is a long list of pinhook purchases who fetched significantly higher prices at the National Yearling Sales Series or Ready to Run Sale. Multiple Gr1 winners Gingernuts (NZ) (Iffraaj) and Yourdeel (NZ) (Dundeel) are two prominent members of that group. Gingernuts was a $5,000 purchase by Phill Cataldo in 2014, then sold for $42,500 to Te Akau’s David Ellis at the 2015 Ready to Run Sale. He won six of his 12 starts and more than $1.2 million, headed by the Gr1 New Zealand Derby (2400m), Rosehill Guineas (2000m) and Windsor Park Plate (1600m). A couple of years later, Yourdeel was bought for $30,000 at the 2017 National Weanling, Broodmare & Mixed Bloodstock Sale. He was a $100,000 purchase by Chris Rutten during Book 1 of Karaka 2018, and he became New Zealand’s champion 2YO with victories in the Gr1 Sistema Stakes (1200m) and Gr1 Manawatu Sires’ Produce Stakes (1400m). They are just the pointy end of many exceptional pinhooking results – click here for an extensive overview of examples. 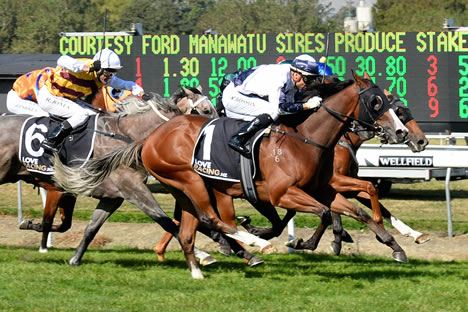