Sizzling to Stand at Riverdene Stud

Riverdene Stud will stand four stallions this coming breeding season following a recent decision made by the management group of Sizzling to relocate the progressive sire-son of Snitzel to the Wagga-based thoroughbred nursery. The latest coup for Riverdene Stud follows the recent acquisition of freshman sire McLaren (by Exceed And Excel). Now, Riverdene will oversee the next stage of Sizzling’s stud career after the stallion stood his previous six seasons at Newgate Farm. A consistent sire-son of multiple Australian champion sire Snitzel, Sizzling is the sire of 80 individual winners for progeny earnings of close on $7 million. His most notable runners to date include the versatile stakes winner Secret Blaze, as well as the Group performers Sizzling Belle and Sizzleme — two of six stakes placegetters by the young sire. A multiple group-winning 2YO who captured the Gr1 TJ Smith Stakes, he trained on at three to win the Gr2 Queensland Guineas. It is worth noting that Sizzling has sired notable winners produced by immediate daughters of Exceed And Excel, Danehill Dancer (Ire), Fastnet Rock, Flying Spur and Catbird, as well as a grand-daughter of Danzero. Sizzling will stand alongside fellow Riverdene Stud stallions McLaren, Strada (by Danehill) and Va Pensiero (by Stratum) at a fee of $6,600 (inc. GST). 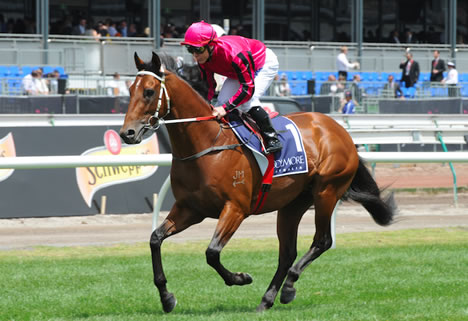