Te Akau principal David Ellis, who received the Outstanding Contribution to Racing Award in 2017, has added further distinction to his lifetime of work within New Zealand’s thoroughbred racing industry with his appointment as a Companion of the New Zealand Order of Merit (CNZM) in the Queen’s Birthday Honours List. Ellis received letters of notification from the Prime Minister and Governor General that he had this honour confirmed by Her Majesty the Queen in recognition of his services to the thoroughbred industry. “It’s very humbling and somewhat overwhelming to be honoured by your Queen and country, that’s for sure,” Ellis told NZ Racing Desk. “My grandfather received the equivalent honour (CBE) for services to the business community 52 years ago and my father was also honoured with the Queen’s Service Order (QSO) for services to the community in 1991.” Ellis added, “I think it is an incredible privilege to be recognised for services to the thoroughbred racing industry, an industry that has been my passion for nearly 50 years and will be until my dying day.” Ellis is a thoroughbred breeder, buyer, owner, syndicator, administrator, sponsor, stud master, punter, and operates premiership-winning stables in two countries – New Zealand and Singapore, with an increasing presence planned for Australia in the spring.” 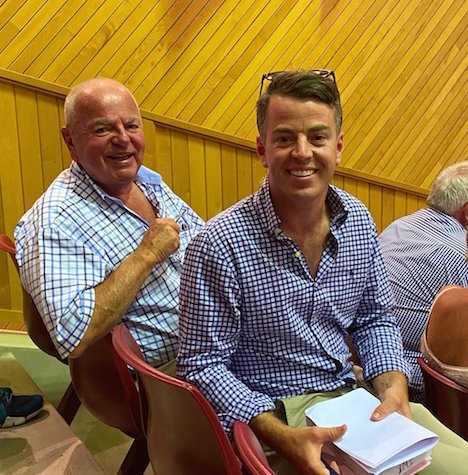