As the leading 2YO picture continues to come into focus, industry heavyweight Aquis delivered a one-two sucker punch in Saturday’s Gr3 Canonbury Stakes (1100m) at Royal Randwick. Faced with the prospect of divided loyalties – Global Quest is trained by Chris Waller while Prague is trained by Ciaron Maher and David Eustace – short of a dead-heat they got the best possible result, with their silks crossing the line to claim the quinella. It was the Redoute’s Choice blue-blood Prague who franked his Canterbury debut win with an authorative win that brings the $1.6 million Magic Millions Gold Coast graduate right into the Golden Slipper mix. Being a half-brother to dual Gr1 winner Stratum Star out of a half-sister to juvenile Gr1 runner-up Raid, the undefeated colt has the world at his feet on the track, and an undeniably exciting potential future at stud as he attempts to take the next step. 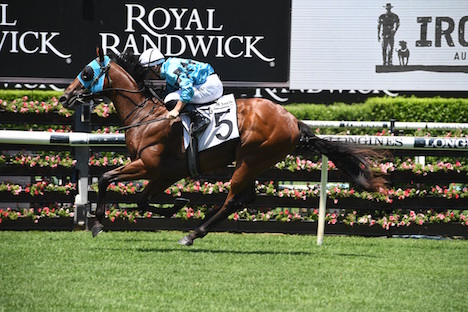