Although made on Wednesday morning, the decision by Racing NSW and the Australian Turf Club to switch Saturday’s scheduled Rosehill Expressway meeting to Randwick instead was the correct early call. Despite the fact that a different track might suit some horses better than others, no changes to race distances for the day and a 6 degree drop from a forecast 41 to 35 degrees at Randwick instead of at Rosehill should be applauded. Following the decision, and late acceptances as a result, officials will be pleased that the addition of an extra 4 nominees to the Gr2 Expressway (1200m) earlier in the week has resulted in the race holding up superbly with 10 runners. Sadly, that’s not the case for either the Gr3 Widden Stakes (1100m) or Gr3 Canonbury Stakes (1200m), with the aggregate number of runners across the two juvenile races being just 11. It’s particularly disappointing in the context of the traditional 2YO search for prizemoney spikes in the quest for a Golden Slipper start. 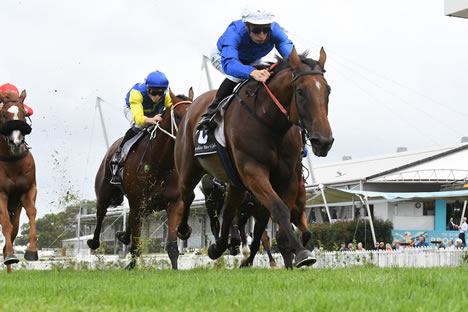