On a dream evening for the Te Akau operation at Ellerslie, star filly Probabeel has entered Karaka Million folklore with an exceptional victory in the Karaka Million 3YO Classic (1600m). Just over an hour after Te Akau celebrated their fourth consecutive victory in the Karaka Million 2YO (1200m) with Cool Aza Beel (see above), Probabeel became the first ever Karaka Million 2YO winner to return to the twilight meeting 12 months later and win the Karaka Million 3YO Classic. The Karaka Million concept is in its thirteenth year, and the 3YO race was introduced in 2010 and elevated to a $1 million purse in 2018. The previous best result by a Karaka Million 2YO winner was by the Lisa Latta-trained Fort Lincoln, who finished third in the 3YO event in 2012. Probabeel performed creditably at Gr1 level in Sydney through the spring and won comfortably first-up at Awapuni earlier this month. Sent out as a $1.60 favourite to complete her historic Karaka Million double she was aided by a perfectly timed ride from Opie Bosson after getting a long way back, and duly delivered. According to NZ Racing Desk, trainer Jamie Richards said,  “Now we’re really looking forward to getting her back over to Australia, more than likely for the Surround Stakes (Gr1, 1400m) at Randwick on February 29.” The win capped a terrific day for the filly’s owners, Cambridge Stud proprietors Brendan and Jo Lindsay. They had previously won the $100,000 CollinsonForex Karaka Cup (2200m) with Dance Card, while Bavella placed in the Gr3 Mr Tiz Trophy (1200m) and lightly raced filly Taroni placed in the Karaka Million 2YO (1200m). 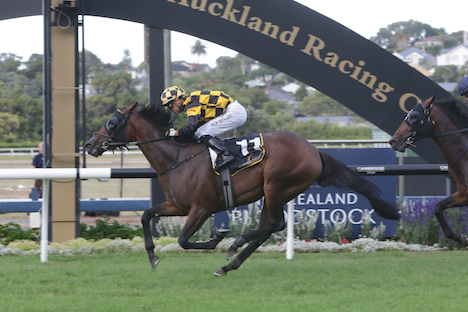