Gun Kiwi 3YO Ready to Explode

Next Saturday is the jumping off point for what is potentially the best 3YO to come out of New Zealand in the past decade. Catalyst – by beautifully bred and performed The Oaks stallion Darci Brahma (Danehill-Grand Echezeaux, by Zabeel) – starred in his trial last week when defeating Te Akau Shark at Matamata, and trainer Clayton Chipperfield has entered the Dick Karreman-owned sophomore for the Gr3 Mr Tiz Trophy (1200m) at Ellerslie. Assuming he dominates like expected, it’s all systems go for a major Australian campaign in Melbourne. With Harlech also representing The Oaks Stud’s principal in the Karraka Million 3YO Classic, it could prove to be a big day on the eve of the 2020 NZB National Yearling sales Series where the Cambridge-based vendor will be represented by a small, but highly select draft of 9 yearlings, one of which is a Darci Brahma half-sister to Gr2 Harlech. Another highlight will be a Tavistock colt out of Darci Brahma’s Gr1 New Zealand Oaks winner Artistic. 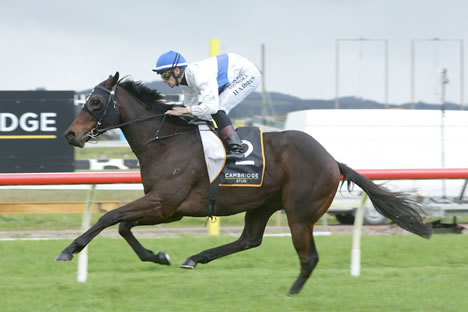