Thorndon Mile Success All In The Family

Wellington’s Gr1 Thorndon Mile (1600m) at Trentham has always been one of the McKay family’s favourite races, but on Saturday it became much more special. Australian-bred The Mitigator delivered a third victory in the time-honoured feature for Matamata trainer Peter McKay, who had previously won it with Alamosa in 2008 and Puccini in 2015. Adding to the significance of the victory, it was a first taste of Gr1 glory for his son, jockey Shaun McKay. According to NZ Racing Desk, he Mitigator’s win in the metric mile showpiece was a new career pinnacle for the son of Master of Design, and it came at long odds of $28.70. Since beating up-and-comer Beauden to win the Gr3 Eagle Technology Stakes (1600m) at Ellerslie three starts ago, The Mitigator had suffered thumps when tailing the field home in the Gr1 Zabeel Classic (2000m), and attempted to take a sit behind the leaders when finishing a last-start fourth at Awapuni. The winner returned to his usual leading role on Saturday, and he was right back at his relentless best. The Mitigator held on to win by a short head from Wyndspelle, who was a last-start Gr1 Captain Cook Stakes winner over the same course and distance. A $75,000 yearling consigned by Amarina Farm at the 2016 Magic Millions Gold Coast Sale & then a 2YO pass-in when consigned by Kilmore Farm at the 2016 NZB Ready to Run Sale, the Thorndon Mile was The Mitigator’s seventh win from 32 starts and lifted his prize-money earnings past $340,000. 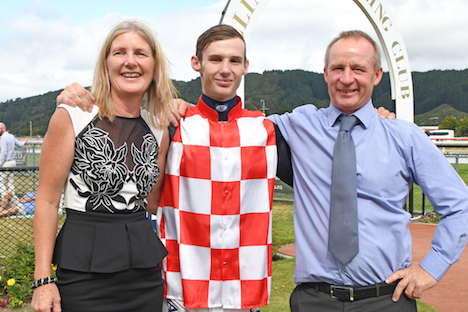