Meanwhile, trainer Richard Litt told racenet.com.au Gr1 winner Castelvecchio (Dundeel-St. Therese, by Dehere) could be given another shot at a Cox Plate later this year and says the elite colt will have a new rider for the start of his autumn campaign in Sydney. Kerrin McEvoy has never partnered the 2019 Cox Plate runner-up but will get a sit on the 3YO in a Sydney trial later this month and at least in the “first few runs” of his autumn campaign. Craig Williams rode Castelvecchio when he was runner-up behind Japanese superstar Lys Gracieux (Heart’s Cry-Liliside, by American Post) in the 2019 Cox Plate but trainer Litt said Williams was committed to several horses during the Melbourne autumn carnival. Castelvecchio holds a nomination for the $5 million All-Star Mile but it seems most likely he will remain in Sydney for a campaign which could take in races such as the Randwick and Rosehill Guineas and potentially the Australian Derby or Queen Elizabeth Stakes. Arrowfield Stud has bought into the exciting Castelvecchio who will eventually stand alongside his sire Dundeel. “Arrowfield has been fantastic and they are very keen to see him race on and get out there and hopefully we can see him in a Cox Plate at the end of this year,” Litt said. “There is a lot of water to go under bridge between now and then but I’d like to think he will stay in training for quite a while. It was very nice to watch Lys Gracieux win in Japan – and get named horse of the year over there – it certainly makes Castelvecchio look good. He will kick off in the barrier trials at the end of the month here in Sydney and then head onto the Hobartville and then we have got a few options.” 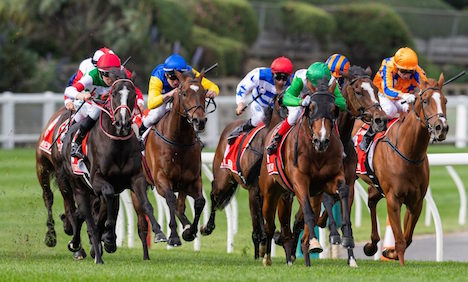