Two high profile horses from the Chris Waller yard trialled on Tuesday morning in Sydney and would have pleased connections despite neither horse finishing in the placings, reports racenet.com.au. Comeback winner of the 2019 Gr1 Turnbull (after being badly injured in the 2018 Cox Plate) Kings Will Dream (Casamento-Road Harbour, by Rodrigo de Triano) was ridden by Brenton Avdulla and contested the opening heat of the morning. He cruised around between horses under no pressure when finishing a 1.5-length fifth behind smart mare White Moss (Mossman-Pay My Bail, by Justice Prevails) with the 900m journey put behind in 55.11. Gr1 Epsom winner Kolding (Ocean Park-Magic Star, by Danzero) was ridden by James McDonald and went around in the second heat which was run six lengths slower in 56.13 in a heat won by Gerald Ryan’s 3YO Standout (Exceed and Excel-Bahia, by Snippets). 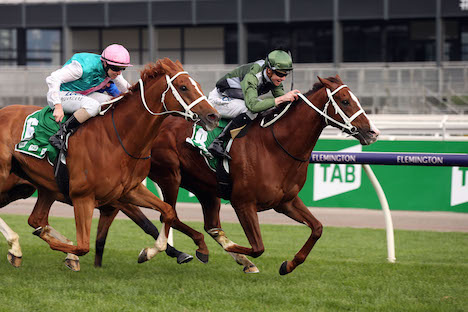