Defeat at the hands of boom 3YO filly Travelling Light in last Saturday’s Gr1 Levin Stakes has created indecision for the connections of race favourite Harlech who finished strongly for a 1.25-lengths second placing. According to NZ Racing Desk, a definite start in the Gr1 Randwick Guineas (1600m) on March 7 was on the line for Harlech going into the Trentham feature, but now a change of plans may occur. Mike Moroney, who trains the son of Darci Brahma in partnership with Pam Gerard, noted, “If he had won that (the Levin Classic) and won it well, he’d have come straight over (Australia) here and been set for the Randwick Guineas. He’d have won a New Zealand Gr1 and if he could win a Gr1 here, like the Randwick Guineas, he’d be very valuable (as a stallion prospect). Moroney advised, “He’s had a trip away and we’ll see how he has come through it after a few days. We’ll go through the programmes and work out what is best for him. It’s a matter of looking at everything.” An alternative should the colt remain in New Zealand is the Karaka Million 3YO, however Moroney knows that Harlech would possibly run into favourite Probabeel in the Ellerslie feature. Harlech still remains in the nominations for the Gr1 Vodafone New Zealand Derby (2400m) at Ellerslie on February 29, and Moroney said a start in the staying 3YO feature is not out of the equation. 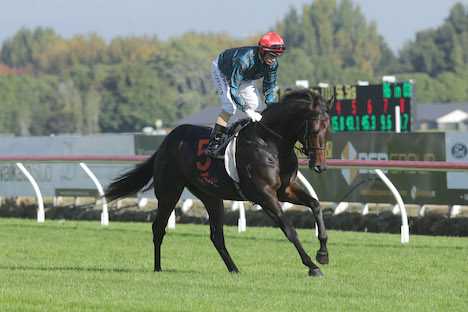