Next Saturday’s Gr1 Telegraph Handicap at Trentham (1200m) in Wellington looks a perfect opportunity for Queensland mare Winter Bride to capture her first career major. Sent across the Tasman Sea by trainers Toby and Trent Edmonds, whose stable has enjoyed success in past New Zealand features, the daughter of Arrowfield Stud’s Not a Single Doubt almost got the job done with a courageous runner-up behind Julius in the recent Gr1 Sistema Railway despite being caught out on a limb during the race. According to punters.com, Trent Edmonds believes a wide barrier brought her undone:  "It was one that got away really. I think if she drew a softer barrier, she wins the race. Three-wide, no cover… it was just how the race panned out." Boasting multiple Group wins and placings in Australia, Segenhoe Thoroughbreds’ Winter Bride is one of three runners at $4.00 for the Railway Stakes, along with New Zealand-trained dual Australian Gr1 winner The Bostonian, and Te Akau Racing’s Gr1-winning Champion 2YO Avantage. 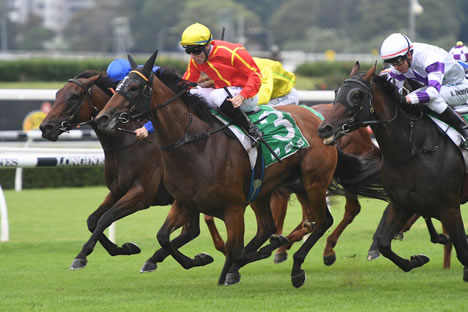